When this happens you usually need these services NOW!

So here are a few simple things you can do

Keep in mind that a bail bondsman does not have to give you a “Consent of Surety”, a “Consent to Travel” or any other form. This is strictly his or her choice.

There are, however, certain things that a licensed bail bond agent is obligated to do.

Why do I need to hire a bail bondsman?

If you cannot afford bail, you need to hire a bail bondsman. You will pay a small fee to the agent who will take on the responsibility of the full bail amount.

Who and what determines a person’s bail amount?

The bail amount is commonly set by statute. That is to say that the state legislators have pass laws that dictate what bail is for a certain charge. If bail is not made the judge can consider a reduction in bail if it is warranted.

In situations where the crime does not initially allow bail, i.e. domestic violence, the bail amount is set by a judge during a bail hearing. The judge will consider a variety of factors, including the severity of the crime, previous convictions, the defendant’s ties to the community, family, and whether or not they have steady employment.

What information should I have when contacting a bail agent?

When contacting a bail agent, make sure you know:

The bail agent will usually meet you at the jail to post the bond, though in some cases they may be willing to come to your home or meet you at a convenient location. If you are not in the same city as the defendant all paperwork and payments can sometimes be handled electronically or over the phone.

The bail agent posts the bond within 24 hours after the premium has been paid and any collateral has been signed over and all paperwork completed.

How long will it take for the defendant to be released from jail?

The process of bailing someone out can take a short time or several hours. It depends on the circumstances and how busy the jail is.

What are the defendant’s responsibilities once they’ve been released?

After the person has been released, they must show up for all court proceedings and meet any conditions set by the bail agent. The court may include extra bail bond conditions as they see fit. 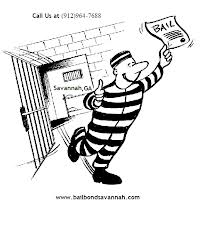 What happens if the defendant doesn’t show up for their court date?

If the defendant fails to appear in court, the bail agent may be required to pay the full bail amount. The bail bondsman has a short period of time to reinstate the bond or to remand the defendant back into jail.

If the defendant does not make their court date you will be responsible for any and all losses, but as long the defendant complies with the terms set by the bail agent and shows up for all court dates, you shouldn’t have anything to worry about.

How long do I have to abide by the terms of the bond?

Once the trial is over you are no longer obligated to the bond. It does not matter whether the defendant was found innocent or guilty. The one exception would in the event that the bail agent signs a “Consent of Surety” to allow the defendant to stay on bond until sentencing.

I hope the above has been enough to convince you to hire a bail bondsman.