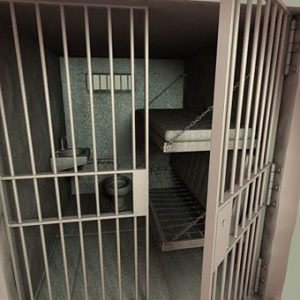 We often read about high-profile cases in the news where an accused person’s bail is set at a substantial amount. They may even have their passports taken away so they cannot flee the country. In exceptional cases, bail may be denied, and the accused may remain in jail during their trial and up until sentencing. With that in mind, how do regular people post bail after being arrested and charged with a crime? What do they do if they cannot pay?

What are the different types of jail bail bonds?

If you or a loved one need to post bail, then you should know that there are several different types of bail available, and each can be tailored to fit both the charges being faced and the accused’s financial situation. Each case will have its unique bond as determined by a judge at the bail hearing. There are five major types of bail, with some used more frequently than others. In all instances, the accused shows up to their court appearances and maintains contact with a judge throughout this period. The legal consequences could be severe if they “skip” or jump bail.

A cash bond means the accused must pay the total amount of their bail via cash, though some courts may also accept credit cards. Some judges set the cash bail at an extraordinarily high amount if they want to ensure that the accused stays in jail during their trial. This type of bond is often used when the judge deems the defendant to be a flight risk or a danger to the public. If the accused does not appear in court for their pre-determined hearings, they forfeit the bail, and a warrant is issued for arrest. If the defendant complies with the courts and attends all hearings, the bail is returned to them after sentencing. 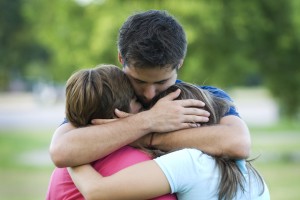 A surety bond is sometimes referred to as a bail bond. These bonds are often used when the accused person cannot afford to pay the bond set by the officiating judge. A friend or relative contacts a bail agent, usually an employee of a surety company, a type of insurance company. These agents, or bondsmen, will appear in court with the accused and pledge to pay the total amount of money if the accused person does not make it to their court appearances. The bondsman will then charge the accused or the accused’s relatives a certain premium and may hold some larger personal possessions as collateral. If the accused does not make their court appearances, or the relative does not or cannot pay back the bondsman, there may be severe repercussions depending on the accused’s local jurisdiction. They could face being tracked down by bounty hunters, who will take a percentage of the bond amount in return for turning in the accused to the authorities.

Licensed bondsmen are available in several states and jurisdictions. A loved one or friend can contact one of the accused after they have been booked and are awaiting their bond hearing, or they can do the same for a friend or relative in jail. They can often be found in phonebooks, and several bondsmen maintain their websites with contact information and easy-to-read financial details.

A property bond uses a person’s possessions to ensure bail payment. Usually, this involves more oversized items such as a car, house, or other property. The court then places a lien, or a claim, on the property. Skipped court appearances can mean that the courts can possess these items and force the accused to forfeit ownership to cover the cost of bail. Using one’s property to pay bail should be considered very carefully and used only as a last resort. Losing a home, vehicle, or land can cause financial misery after the accused’s legal troubles are over.

If someone is held by the federal Immigration and Customs Enforcement department, or ICE, they’ll need an immigration bond to be released from custody. An immigration bail bond is very similar to a surety bond in that you pay a bond agent a premium, and they put up the remainder to get the accused released from detention. Once removed, the accused must attend all their immigration hearings and report to ICE if they’re ordered deported. If they miss any hearings or do not report for deportation, they forfeit the bond, and a warrant will be issued for their arrest.

This type of bail is sometimes referred to as a “cite out”. Essentially, a citation is issued to the accused by the arresting officer. This citation will act as a court summons if the officer cites a criminal violation. Failing to appear in court on the specified date can lead to further legal trouble for the accused. A warrant can be issued for their arrest, and they can even face time in jail. Depending on the state, they can lose their driver’s license, unemployment benefits, and tax refunds. A “cite out” is usually used for minor law violations.