A bounty hunter is someone who tracks down fugitives and returns them to jail for money. Bounty hunters first began showing up in the United States in the mid 1800s as a result of western expansion into the less populated regions of the country. Law enforcement was scarce during that time and many towns offered rewards for catching or killing fugitives. The most famous bounty hunter of that time was Pat Garret who tracked down and killed notorious criminal Billy the Kid. During those times, bounty hunters acted as lawmen in a lot of western towns that didn’t have a Sheriff or other type of law enforcement. 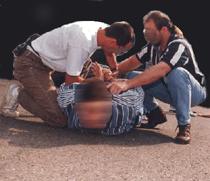 These days bounty hunters prefer to be called bail enforcement agents, but to the majority of us, they will always be bounty hunters. The profession is much more regulated than it was during the wild west but it hasn’t gotten much less dangerous. While most fugitives return to jail peacefully there are those that will do whatever it takes to elude capture. These days, a bounty hunter is more private investigator than a lawman, spending most of their time talking to the fugitive’s family and friends to help figure out where they might be.

There are many in the industry that confuses Bail Enforcement with Bounty Hunting.  Below, you will find some brief definitions of what this web site focuses on. 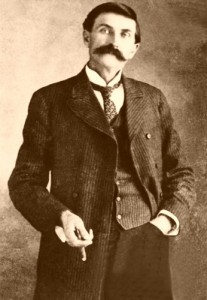 Bounty hunting originated in England hundreds of years ago. Back in the 13th century, bail was a person, not an amount of money. An individual was designated custodian of the accused, and if the accused did not return to face his penalty, the custodian could be hanged in his place.  During colonial times, America relied upon the bail system set up by the government of England. In 1679, the British Parliament passed the Habeas Corpus Act, which for the first time guaranteed that an accused person could be released from prison on monetary bail. It stated:

… within two days after the party shall be brought before them, the said lord chancellor or lord keeper … shall discharge the said prisoner from his imprisonment, taking his or their recognizance, with one or more surety or sureties, in any sum according to their discretions, having regard to the quality of the prisoner and nature of the offense, for his or their appearance in the court of the King’s bench the term following …

This right was later written into the U.S. Constitution. The Eighth Amendment to the Constitution prohibited the setting of excessive bail, and the Judiciary Act of 1789, which established the U.S. judicial court system, defined the terms for bailable offenses.

Federal bail law remained unchanged until the Bail Reform Act of 1966, which allowed the prisoner to be released with as little bail as possible to secure his or her return for trial (although the 1984 Bail Reform Act allowed the courts to hold accused persons without bail if they were deemed too dangerous for release). For more information on bail, see How Bail Works.

The bounty hunter was given broad authority starting in 1873 with the U.S. Supreme Court case, Taylor v. Taintor. The case gave bounty hunters the authority to act as agents of bail bondsmen. Bounty hunters on the trail of a bail jumper could “pursue him into another state” and, if necessary, “break and enter his house for that purpose.” Today, states have their own restrictions when it comes to bounty hunting, but most states give bounty hunters the freedom to pursue and arrest bail jumpers within and across their borders.

In 1872, the U.S. Supreme Court Case “Taylor vs. Taintor” gave bail enforcement agents nearly limitless power and authority when hunting down a subject. This means that a bounty hunter may enter their premise if needed to capture their wanted fugitive, whether it be on behalf of a financial institution, company or government authority.

However, it is important to note, that all U.S. States have varying degrees of requirements in regards to bounty hunters. There are a handful of states that have outright banned it completely, in which they have an independent right to do. Other states require training and/or licensure, while other states require no formal training or licensure at all.

A Bail Enforcement Agent or Fugitive Recovery Agent is an individual who is hired by a bail bond company to apprehend a subject who fails to appear in court “forfeiting their bond”. The BEA or Fugitive Recovery Agent can expect to earn 10% of the total bond amount upon capture. However, if the BEA fails to capture the fugitive, they don’t get paid. For a $50,000 bond, a BEA could earn $5,000. However, average pay is $500-$3,000

Brief Definition of A Bounty Hunter 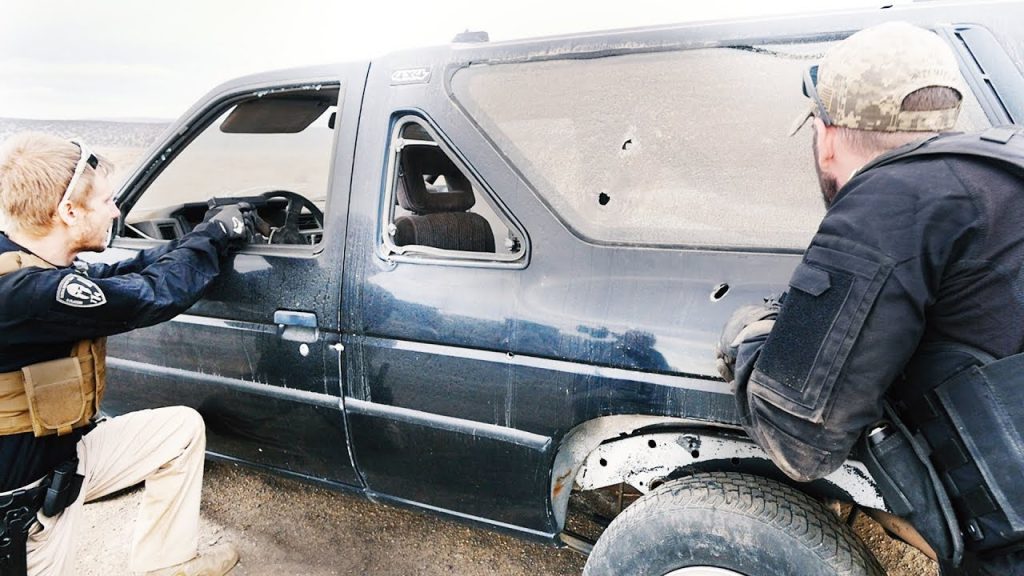 The apprehension of a subject by a DOMESTIC or INTERNATIONAL Bounty Hunter, whereby a reward is offered, whether it be an individual on the run from the local, state or federal authorities or just someone who hasn’t gone back to court.

A Bounty Hunter can be defined as one who enforces bail, hired by a Bail Bond Company or one who assists in the capture of a wanted fugitive from the governing authorities, including but not limited to Police Departments, The State, and FBI.

Skip Tracing is the electronic means of tracking down a suspect. The Internet has become a powerful tool in the search for fugitives.

Skip Tracing can be used to locate defendants and wanted fugitives. There are vast resources available on the Internet, some of which include searching DMV Records, Social Security Searches, Court Files, Reverse Lookup Tools, plus so many more.

Skip Tracing is an art and will take some practice. These Skip Tracing techniques can be used to capture wanted fugitives at all governing authoritative levels.

How Much Do Bounty Hunters Make?

While being a bounty hunter (fugitive recovery agent) sounds exciting, it doesn’t pay particularly well. The last known salary survey found that the average bounty hunter makes approximately $36,000 a year. While that number has surely gone up since the survey was conducted in 1997 it’s not a lot considering the insurance, travel, and equipment costs needed to be a successful bounty hunter.

While a lot has changed since Pat Garret was chasing down Billy the Kid 130 years ago, the central premise of bounty hunting has remained the same: catch the fugitive and return them to jail. There are two ways bounty hunters make money. The first, and most common, is finding people who skipped out on bail and return them to prison. Sometimes bail is more than a defendant can afford so they utilize a bail bond to get out. Bail bonds are provided by bondsman or bail agents. The defendant, a friend, or relative, pays the bondsman’s fee, which is usually 10-20% of the bail amount, and the agent issues a bond to the court for bail. Essentially, the agent is paying the bail for the defendant. If the defendant skips bail and doesn’t show up for their scheduled court appearances bail is forfeit and a warrant is issued for their arrest. The defendant is now considered a fugitive. 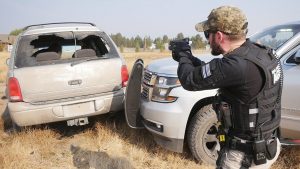 In this scenario, the bail agent has just lost the entire amount they paid to the court to get the defendant released and won’t be able to get it back until the fugitive returns to jail. Because bail can be substantial, bondsman have a lot incentive to find the accused and have them returned to prison as soon as possible.

What Does a Bounty Hunter Do?

The second way bounty hunters make a living is by finding fugitives who have a reward offered for their capture. The reward might be provided by a law enforcement agency, like the FBI and their most wanted list, or a victim’s family or support group. The reason so few bounty hunters make a living this is the way is because not many fugitives have rewards offered for their arrest. It’s much easier to find a low-level fugitive than one who has the FBI and other law enforcement agencies trying to track them down.

How To Find Fugitives 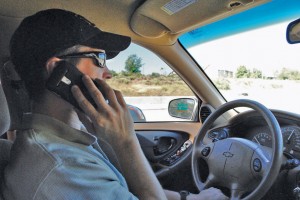 Finding a fugitive is a lot of hard work. While there are moments of excitement, like when a fugitive is apprehended, the work leading up to that point can be tedious. Most bounty hunters will tell you 99% of their time is spent making phone calls, following-up on dead-end leads, and sitting in their car waiting to catch a glimpse of the person they’re trying to apprehend.

When a defendant uses a bail bond to get out of prison they need to provide a lot of personal information to the bondsman, like their phone number, social security number, address, the address of relatives, and license plate number. Bounty hunters start by going through all the available information that might help locate the fugitive.

They’ll talk to family and friends to see if they know the fugitives whereabouts or places they like to hang out, like their favorite bar or restaurant. They then spend a lot of time staking out those locations and speaking to employees to find out when the last time the fugitive was there. Bounty hunters will provide their phone number to those employees and some will promise a generous tip for any info leading to the fugitive’s capture.

The best resource is usually anyone who put up cash or collateral to get the accused out of prison because they will have forfeited their payment. They’ll feel slighted by the person they tried to help and will most likely be able to provide the best information about their whereabouts.

Finding fugitives is starting to become more high tech with some bounty hunters using social media like Facebook or Twitter to help track down fugitives. More than one has been found after “checking-in” at their favorite restaurant or bar or just updating their place of residence. Some habits die hard I guess.

According to the National Association of Bail Agents, they use these techniques to return 90% of all fugitives to jail.

How to Become a Bounty Hunter

In most states, no formal training or license is required to become a bounty hunter. However a number of training programs have been popping up over the past few years, no doubt to take advantage of the professions’ surge in popularity brought on by reality tv shows like Dog the Bounty Hunter. Training programs cost anywhere from $75 to thousands but if you’re serious about giving the profession a try my recommendation is to contact an established bounty hunter and ask if they have any training or internship opportunities available. They may let you shadow them or help out part-time so you can get a feel for the day to day responsibilities of the job.