If a loved one or friend has been arrested, you’ll likely need to secure a bail bond to help get them out of jail. Unless you’ve dealt with the court system before, chances are you learned everything you know about bail bonds from watching tv. There’s quite a bit more to the process than a judge banging his gavel and yelling, “Bail is set at $10,000!”.

In the simplest terms, bail is an agreement between the court and the defendant. The defendant agrees to show up to all their scheduled court dates, and the court decides to return the defendant’s money once the trial is finished. If bail is set at $10,000, the defendant can pay that amount to the court in exchange for being released from prison. If the accused doesn’t hold up their end of the bargain and misses even one court date, they will immediately forfeit the $10,000, and a warrant will be issued for their arrest. However, if they do show up for all the hearings, they will get all their money back at the end of the trial, even if they’re convicted.

If the defendant cannot pay the amount needed to be released from jail, they will remain there until the case is over. Since it can take months for most trials to begin from the time of arrest, making bail is the number one priority for most defendants. The problem for a lot of people is that they don’t have enough cash on hand to get out. Because of this, most people use bail bonds to get released from prison.

How Does a Bail Bond Work? 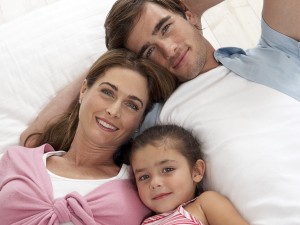 Bail Bonds are similar to a loan in that you put down a small percentage of the total amount, and a lender, known as a bondsman or bail agent, puts down the remainder. So for the $10,000 bail, you, a loved one, or a friend might pay the bondsman $1,000, and they would then pay the entire $10,000 amount to the court. In addition to the $1,000, you would need to provide enough collateral to make up the $9,000 difference if you skip and don’t show up for a court date. Collateral is usually a deed to a house, car, or jewelry. Your $10,000 is returned to the bondsman when your case is over.

Because the bondsman accepts most of the financial risk, they take some precautions to ensure you make all your court dates. First, they prefer to have a friend or relative put up the collateral for the bond. The thinking is that you will be less likely to miss a court date if a relative’s house is on the line rather than just their property. Second, they will call you before each court date to remind you about the upcoming hearing. And third, they may require periodic check-ins at their office to ensure you haven’t left town. Most people agree these precautions are a small price for being released from jail.

If you do skip a hearing or try to flee and the bondsman is not able to get in contact with you afterward, they will most likely hire a bounty hunter to track you down and return you to custody.

Bail Jumping and “Failure to Appear” Bail jumping is a criminal violation with criminal and civil penalties, including additional jail time and the loss of assets used to post bail….

When charged with a felony in Texas state court, it is customary to obtain your release pending trial by posting bail. This approach allows you to pay a specific sum…

If you are charged in Texas for DWI, you may be freed from jail before your trial through a process called bail. In exchange for completing the judge’s requirements, you…

If you have an outstanding Class C warrant, it is most likely for a minor offense such as a traffic violation or public intoxication that resulted in no physical harm…

A judge in Texas issues arrest warrants for a variety of reasons. A warrant for your arrest may be issued if you: There are new charges pending against you. You…

If a friend or family member has been arrested, your first and primary concern is getting them out as quickly as possible.  A firm understanding of how bail bonds work… 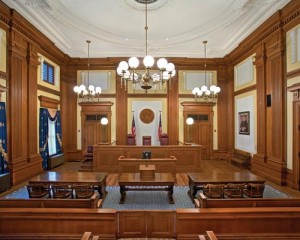 When is Bail Set?

When someone is arrested, they’re immediately booked into jail. That means that their name and personal information are entered into the police computer, their picture and fingerprints are taken, and their personal belongings are held in impound. They are then given a sobriety test, allowed to make one phone call, and locked in a cell. A hearing is scheduled, and a judge will determine how much bail should be. It is usually set within 48 hours of arrest.

How is the Amount Determined?

Most jurisdictions have a bail schedule that is used to determine the amount. For example, in LA, the Superior Court of Los Angeles County would set it at $20,000 if you were accused of a felony with a maximum sentence of 3 years. The hearing judge has considerable leeway when setting bail, though, and can consider external circumstances. For example, if this was your first offense, you’re gainfully employed, and you have family in the area, the judge may choose to reduce the bail or discard it altogether. However, if you have multiple offenses on your record and the judge believes you may be a flight risk, they can increase bail or revoke it.

Some jurisdictions assign bail as soon as a suspect is booked without waiting for a hearing. This usually only applies to low-level offenses. The police will inform you if you can post immediately, and you may even be able to pay for it with a credit card.

How to Secure a Bond 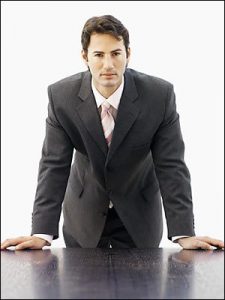 If the amount set is more than you or a family member can afford, securing a bail bond may be your best option. To find a company that will help get someone out of jail, you can search online, or the jail may have a listing you can use as a reference. While you’ll want to secure a bond as quickly as possible, asking a few questions is essential before deciding on a company to work with. Doing so could save you a considerable amount of money.

Agents make the most of their money by charging a bond premium. The premium is generally 10-20% of the bond amount and is non-refundable. Even if the accused shows up to all their hearings and are acquitted, you’ll never get that money back. Finding a bondsman with a low premium can save thousands of dollars. On top of the premium, there may be application or initiation fees which you’ll want to know about ahead of time.

While worrying about money may seem insensitive while a loved one or friend is behind bars, remember that court is not cheap, and you’ll most likely need to pay attorney fees and a host of other legal costs. Saving money now will allow you to spend more on the defense later. 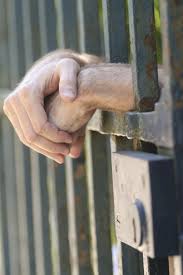 There are some different bond types:

Hopefully, this guide has helped answer all your questions about why most people use bonds to get out of jail, but if you need more information, check out the FAQ page here.

A bail bondsman is essential for anyone who has been arrested. The bail bonds process starts as soon as a person ends up in jail. The first step in the process is the setting of the bail amount. Most people are initially given a bail amount after they are arrested. The amount varies with the crime, the particular situation of the defendant, and the arrest.

What does combined mean for bond type?

A combined bond is a combination of surety and cash bond.

What does bail type unrestricted mean?

Unrestricted bond is another phrase for an unsecured bail bond.

How Do Check for Warrants Online?

If you hear there is a warrant out for your arrest, you should do a warrant check to validate the reality of the matter. To begin, you can look for arrest warrants online. Some third-party websites provide nationwide background checks and arrest warrant reports. You can learn about many components of your arrest warrant by conducting an online search for warrants. See also: How to Check for Warrants in Texas

What Kinds of Collateral Are Typically Used for Bail Bonds?

Bail bond agents accept several sorts of collateral. Property deeds, vehicles, jewels, bank accounts, other kinds of real estate, and sometimes even credit cards are some of the more typical bail bond collateral assets. If you have stocks, bail bondsmen could also be willing to accept them.