If a close friend, relative, or loved one needs to post bail but cannot afford the amount set by a judge, then you may be able to arrange for help on their behalf while they are in jail. A bail bond can be a way for them to get out of jail and try to resume their life while they are waiting for their trial to begin. However, there are many different bail bonds companies out there, and not all of them will be suited to your individual needs. Here is some advice about what a bail bond actually is, as well as how to choose a bail bondsman.

What is a Bail Bond?

A bail bond, which is sometimes referred to as a surety bond, is a type of bail where the amount specified by a judge is paid by someone called a bail bondsman. A written promise from the bondsman, acting on behalf of the accused, is given to the courts. If the defendant does not arrive for their court appearances as dictated by the judge, then the bail agent agrees to pay a pre-determined amount. This bond guarantees the release of the defendant, who may not otherwise be able to pay the bail amount that has been decided for them. Some courts have close relationships with trusted bail bondsmen in their area and can provide recommendations to accused persons or their loved ones.

What Does a Bail Bondsman Actually Do?

A bail bondsman acts as the defendant’s surety, meaning that they, or their company, agree to take on the monetary penalty if the defendant does not make their court dates. This money is paid to the court, and represents a loss on the part of the bondsman as well as the defendant and any relatives or friends who helped secure the original bond. If the accused does not follow the rules of the courts or the terms and conditions of the bond deal, then the bondsman is legally allowed to recover the money from the defendant. Fortunately, this is a rare occurrence as most people will appear in court when asked. High-risk defendants are usually refused bail bonds by surety companies.

In addition to acting as the surety for the accused person, the bail agent has a responsibility to ensure that they are paid and receive some return on the investment they made in the defendant. If the defendant is facing state charges, then the bondsman may charge a 10 percent premium. For federal charges, bondsmen often charge 15 percent of the total bond amount. This fee is usually non-refundable. They may also ask for personal property or assets to be used as collateral to ensure that the defendant appears in court when they are asked to do so.

What Should I Look for in a Bail Bondsman? 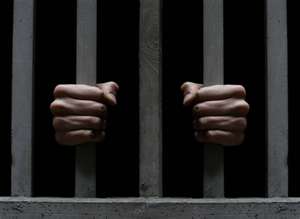 While the process of looking for and choosing a bail bondsperson often takes place during a busy and stressful time, you should still do as much research as you possibly can. You will want to look for a bondsman who is part of a company that is backed by the Better Business Bureau (BBB) if possible. A good surety company will be able to work with you and your financial situation so that you can pay them back over time for the premium which they charge. They will also be able to provide you with the details of your repayment written in easy-to-understand terms. While some companies ask for collateral, others do not. If the company you choose requires that you hand over the title to your car or other property, then are you willing to put these possessions on the line?

A good bail agent will be able to answer your questions about the entire process, from the bail hearing to how repayments will be made. They should also be able to provide you with documentation that proves their ability to work legally in your jurisdiction. Most surety companies are licensed by the state in which they work, so always ask for their licensing information before you negotiate for the use of their services. Most agents are licensed through their state’s Department of Insurance.

When your loved one is in jail, you want to know how quickly they can be released. A competent bail bondsman will be able to work with the courts and jails 24 hours a day, 7 days a week so that a bail hearing can be arranged to take place as soon as possible. This is where local knowledge and a long local history can be so important. If the bondsman is on good terms with the local jail and sheriffs, they can negotiate a quick release as well as favorable terms.

Working with a Bail Bondsman – A Viable Option

As with any legal resource, you should always make sure that working with a bail agent is the right choice for your particular circumstances. If it is, then you now have a viable opportunity to help your loved get out of jail and get back on their feet as they wait for their first court appearances. Navigating the legal system in your area can cause a lot of heartache and stress, so why not work with a bondsman who can help lessen that emotional burden for you and your loved ones?

Bail bonds in Your Area